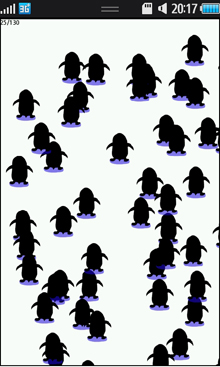 I create simple 'Frames per seconds' counter and run it with 100 animated sprites, each with 4 frames (actually every sprite has 8 frames, but I used only 4 of them) and random movement. The sprites were penguins drawn by me some time ago, based on Antarctic Adventures for NES (one of my favorite games back in '90). I made three tests on my Samsung bada - one using canvas for rendering everything, second one with 'Div with overflow:hidden' method I described in one of the latest posts, and the third one similar to 2nd, but with css3 translation instead of top/left changes. The result was quite surprising - classical DOM manipulation animation had 11-12fps, Css3 transition method reached 10-13fps, and canvas rendering about 27fps. I know that there is wrong way of thinking somewhere, but I have no idea what exactly goes wrong. Any suggestions? You can find the source on my github account: [michalbe] 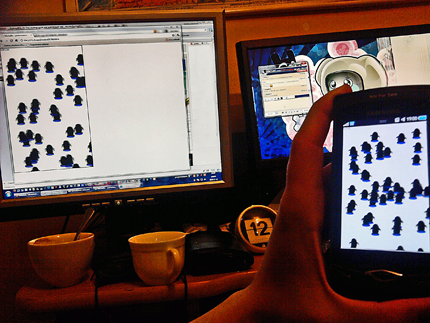