"Impossible is nothing" play-off

Few hours before I want to send our game to Ovi challenge I read on the site that organizers gave us additional week for app polishing. I don't think it was necessary - my game was complete on Monday, about 7-8am. I will use my extra time to change it from WRT widget to Symbian app.
About an hour after the announcement I found something called Rhodes, but using of Ruby and that all 'Network synchronization' stuff effectively deterred me.
What I found next was PhoneGap. Quoting creators:

It was everything I need. It seems that it also supports Symbian. My first try was 'Get Started with Symbian (Qt)' part from the tutorial. I installed another tons of useless stuff (really - it was another 20GB to make it 'works').
I did my best but nothing seems to work properly or even close to. I googled thousands of different forums, blogs, tutorials and manuals with no result. I even try to search for my answers on Stack, where i found nothing. So I asked new question in there and few hours later I got the answer (from one of the phoneGap developers), from which i concluded that it simply doesn't work. Fine. So I had to write something on my own.

One of the methods that come to my mind was to render HTML/JS in simple browser-like application. It is possible for example using WebKit.
Tired of installing millions of plug-ins, libs, etc. I download Nokia SDK All in one Beta and start new 'Mobile QT Application' project in Qt Creator. 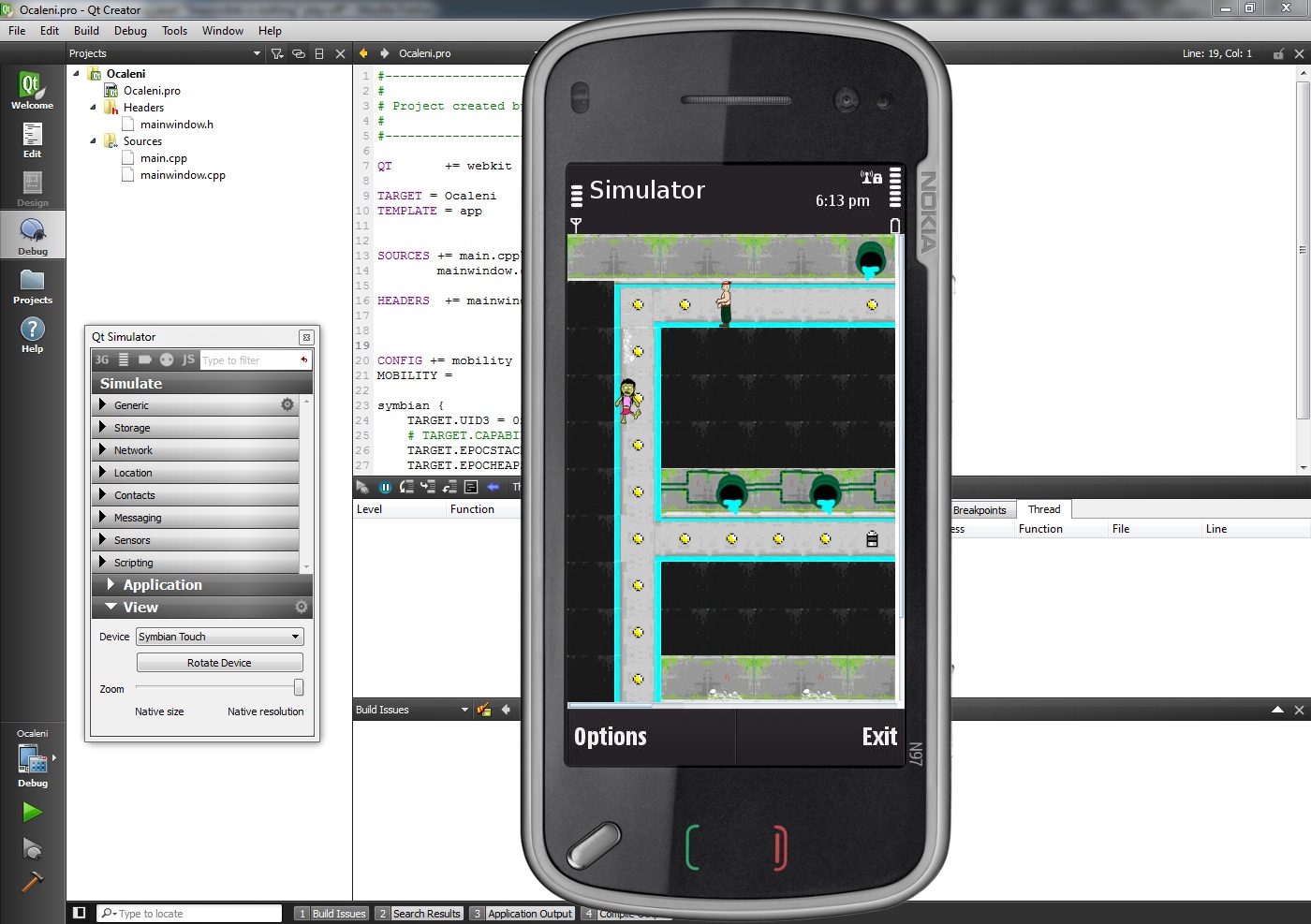 I will explain later what to do if we want render our applications with WebKit, now I'm happy that it works fine. I made minor changes in the game, like control system (now there are no buttons, you simply tap the screen - character goes in direction of your tap. I will also try with accelerometer). Tomorrow I will test it on device and if everything will go well I will submit it to the challenge.
Autor: MichalBe o 6:50 PM 1 comment: